Don’t be afraid of big numbers. We are a lot of people.

the compensation is close to $9 trillion 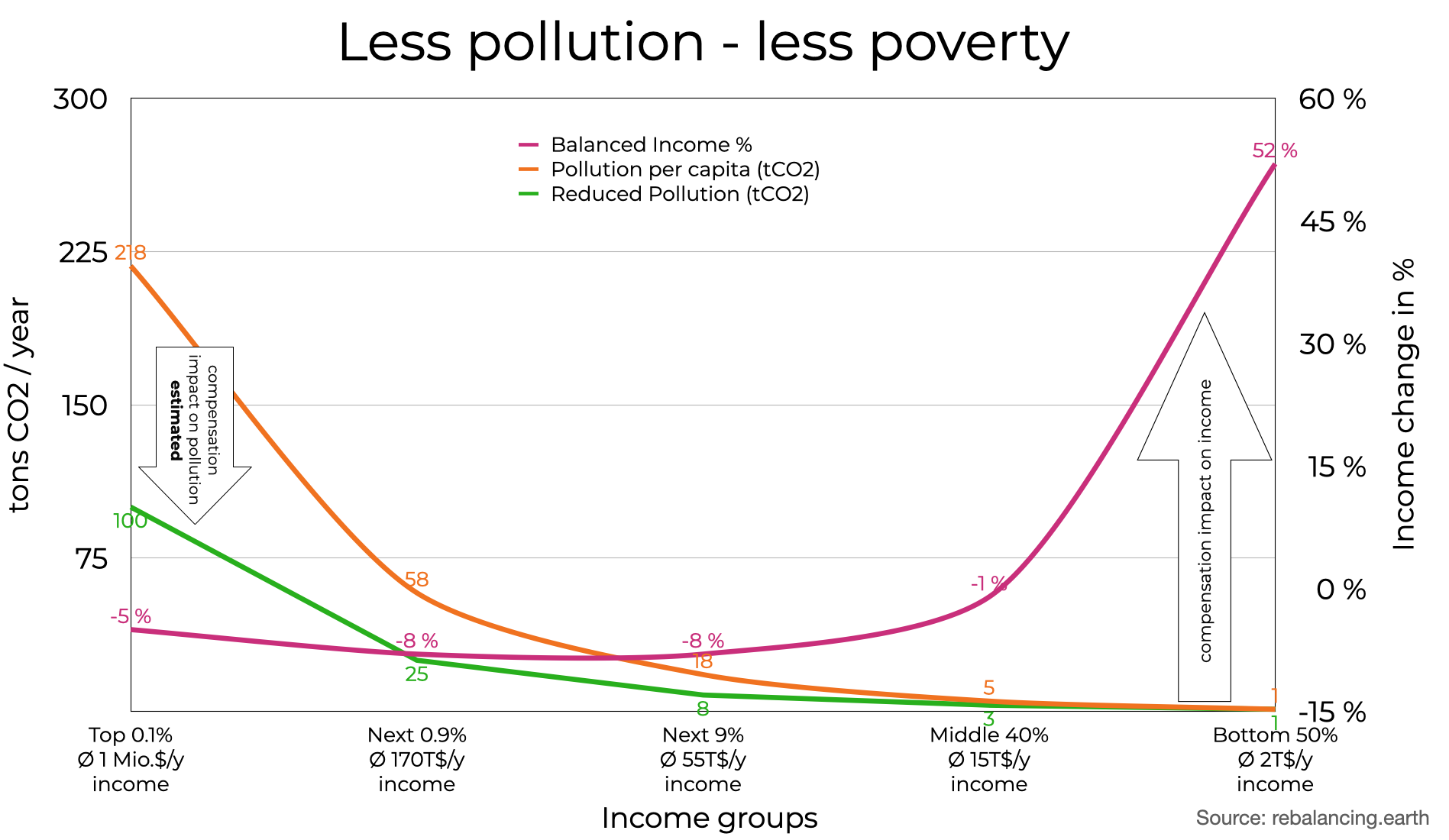 Rebalancing earth effects pollution and poverty at the same time.

Top consumption individuals will see a moderate cost increase of below 10%, while for most people in the middle income range the sum is 0.

For the bottom 50% income group it is an increase of 52% in average.

It will end extreme poverty.

rebalancing.earth collects the true value of natural resources by charging the true price for consumption.

Only the consumption of products and services that were produced using natural resources come with a compensation element.

All products that were produced on basis of renewable energy are free.

The value of 250 $ was set due to the folling cosiderations:

As actual data for the spread of income and the emissions per income group is hard to get, we had to use the 2016 numbers. The data was aggregated by the Stockholm Environmental Institute (SEI) as part of the Emission Inequality Dashboard.

Just as context: “The Value of the world”

Human capital is defined as the total value that is economically desirable, which all individuals potentially can produce in their reaining lifetime

Produced capital consists of the man-made goods as well as all financial assets that are used to produce goods and services consumed by society In other words, all unnatural things of value in the world.

We don’t want to touch on produced capital ownership. But we want compensation for the pollution and destruction of nature.

Amount of compensation that was collected and redistributed

Number of people that founded the movement

Number of people that contributed in one of the communities

Number of people that have donated to the movement.

Total value in US$ equivalent that was given by the donators to support the movement.